Fujifilm recently launched the best, albeit most-expensive, APS-C camera yet – the X-H2S. But it wasn’t done. Today, we’re looking at its stablemate, the 40-megapixel X-H2. It’s the highest-resolution APS-C camera ever released and boasts impressive video powers.

Other than the fact that the X-H2S has an “S” logo painted on the front, the X-H2 looks identical. It even weighs the same at 660 grams, or slightly more than the X-T4. That’s up there in full-frame territory, so it’s not exactly a pocketable street camera like other Fuji models.

Most Fujifilm cameras also have multiple dials for shutter speed, ISO and exposure compensation, but not the X-H2. Instead, it’s more like Canon, Sony and Nikon models, with front and rear dials, a mode selector, a joystick and a D-pad control. As a nod to street photographers who shoot from the hip, it does have a top screen that displays aperture, shutter speeds and other key info.

I was never a huge fan of the classic Fujifilm layout because it’s not ideal for video, so I like the X-H2 layout – but I know that many Fuji fans don’t.

I also love the fully articulating 3-inch, 1.5 million dot display, which makes it easier to shoot low and high-angle photos or selfies. The new X-T5, which packs the same 40-megapixel sensor, has a display that’s limited to tilting. Meanwhile, the 5.76-million dot, 120Hz EVF is nice and sharp and offers blackout-free shooting in silent electronic shutter mode.

Like its namesake, the X-H2 has a high-speed USB-C port with power delivery, along with microphone and headphone ports. You also get a full-sized HDMI port, which should be more robust than the fiddly micro-HDMI inputs found on rival cameras. That was a smart decision by Fujifilm, because external RAW video is a key feature on this camera.

Battery life is slightly reduced compared to the X-H2S, with 680 shots per charge instead of 720 – not surprising considering the extra resolution. And it has both UHS-II and high-speed CFexpress memory card slots. The latter is required for high-resolution ProRes video and to reduce buffering when shooting 15 fps, 40-megapixel bursts.

Normally, high-resolution cameras are among the most expensive models. However, the 26.2-megapixel X-H2S actually costs more than the 40-megapixel X-H2. That’s because it has a stacked sensor that delivers extra speeds and reduces rolling shutter in silent shooting mode.

Rolling shutter isn’t a huge issue on the X-H2 for photos, though. It’s actually faster in mechanical than electronic shutter mode, with full-resolution RAW bursts up to 15 fps compared to 13 fps. That’s impressive, considering it’s designed more for detail than speed.

What’s more, you won’t need silent mode often because the mechanical shutter is among the quietest I’ve ever heard. And if you really do need the electronic shutter, rolling shutter is present for fast moving subjects, but surprisingly well controlled. It’s considerably better than other APS-C cameras like Sony’s A6600 or the Canon EOS R7.

The autofocus system can keep up with the burst speeds as well. It sticks tenaciously to subjects, giving a decent hit rate even if they’re moving quickly. It’s not quite as accurate as Sony’s AF, though, particularly when light levels drop.

Like the S model, the X-H2 has new AI smarts, with the ability to track birds and animals, along with cars, motorcycles, bikes, airplanes and trains. Face and eye detection is much improved over past models like the X-T4 too, tracking subjects smoothly and reliably.

I’d certainly choose the X-H2S over the X-H2 for sports and wildlife, as the stacked sensor lets you shoot at an awesome 40 fps. Sony and Canon’s latest cameras beat them both, though, as they have superior AI and the autofocus is smoother and more reliable. Still, the X-H2 offers good autofocus and burst performance considering the high resolution.

The 7-stop in-body stabilization also worked well, letting me capture sharp shots handheld down to about a quarter second. And if 40 megapixels isn’t enough, you can take 160-megapixel photos with a tripod using Fuijfilm’s Pixel Shift Combiner feature.

The X-H2’s 40-megapixel X-Trans backside-illuminated sensor may not be stacked, but it’s a new state-of-the-art sensor. And it really delivers where it counts in terms of image quality.

To start with, the extra pixels give you more detail that’s useful if you need to crop in or make large prints. And yet, the extra resolution doesn’t hurt image quality in low light at higher ISO settings. Noise is well controlled at ISO 6400, and images are usable at up to ISO 12800 if exposure is set correctly.

In-camera processing of JPEG and 10-bit HEIF files is impeccable, with pleasant, accurate colors and a nice balance of noise reduction and detail. If I wanted to share photos right away, I could often do it with no need for any processing.

The X-H2 can take uncompressed, lossless or compressed RAW photos with 14 bits of color. That gives plenty of room for fine-tuning, even in bright or dark areas. However, if you underexpose shots and try to boost levels, noise can get out of hand. That’s one of the main drawbacks of APS-C compared to full-frame sensors, of course. 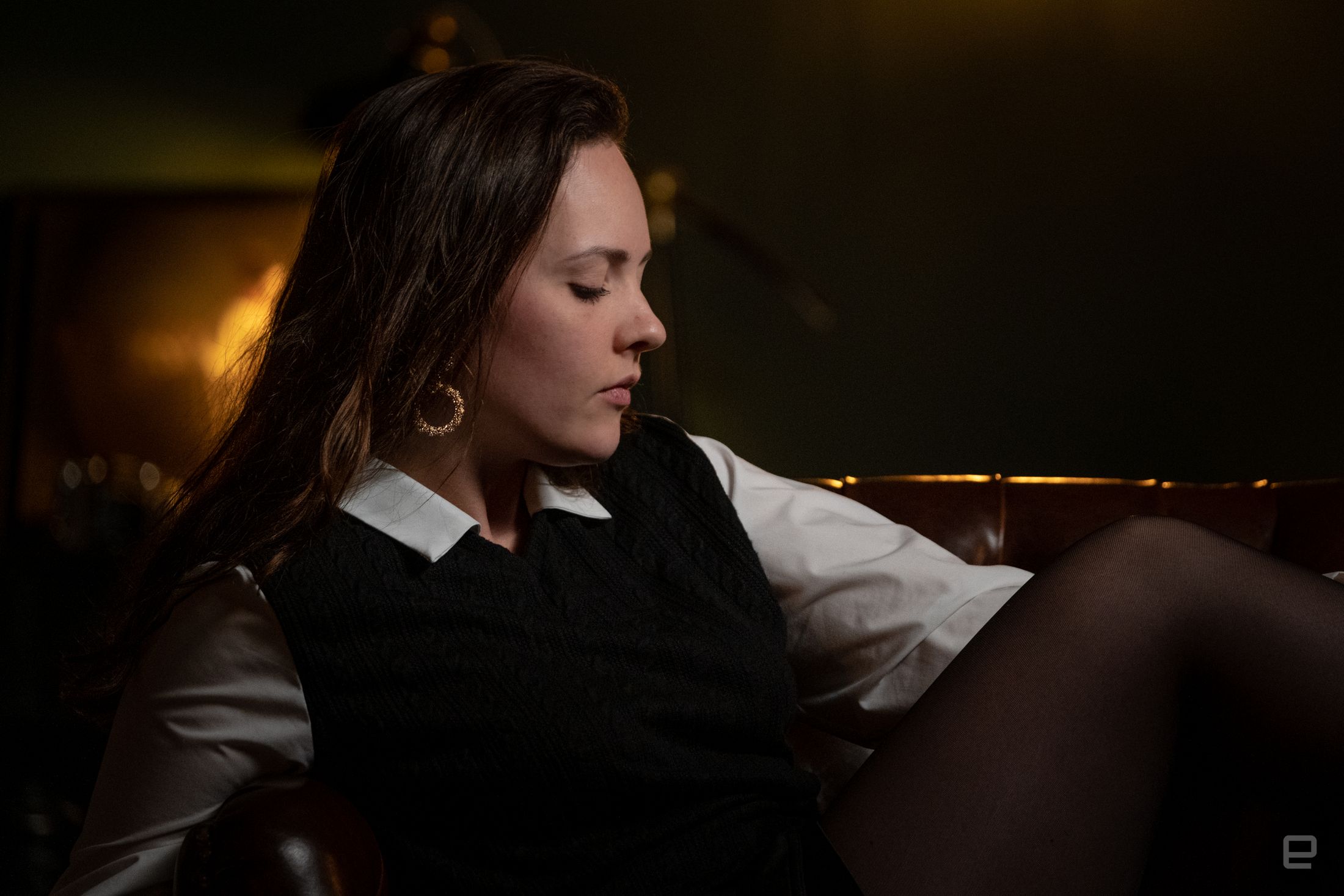 And of course, the X-H2 offers Fujifilm’s full array of film simulation modes. You can experiment with popular looks like Velvia, Eterna or Acros black and white, and still have a full-color RAW backup. They’re not for everyone, but I love them.

The X-H2S is still the best APS-C camera for video, mostly because of the extra speed and reduced rolling shutter. But the X-H2 is superior in a couple of ways. It gives you more resolution, up to 8K at up to 30 fps, along with supersampled 6.2K 16:9 (no 3:2) and supersampled 4K HQ at up to 30 fps. Subsampled 4K can also be shot at up to 60 fps with some loss of detail, while 240 fps super slow-mo is available at 1080p.

All of these resolutions can be saved in three 10-bit ProRes codecs, HQ, standard and LT. These offer more quality and are easier to edit than the 8-bit H.264 and 10-bit H.265 codecs. And the choice of three gives users the choice between quality and smaller, more manageable file sizes. They use high data rates that peak at an enormous 3,520 MBps, though, so you must record them to high-speed CFexpress cards.

F-Log and F-Log2 picture modes are also on tap, though processing is done at 12-bit rather than 14-bit as with the X-H2S – so the latter offers a bit more dynamic range. And you can save either ProRes or Blackmagic RAW video to Atomos or Blackmagic external recorders at up to 8K for more robust files that are easier to adjust later on.

Even with regular ProRes or H.265, I had plenty of room for creative color correction and shot adjustments. Color reproduction favors accuracy on the X-H2, with pleasant and accurate skin tones. Shooting at ISOs down to 6400 is feasible, with noise becoming an issue beyond that.

As with the S model, autofocus is much improved over other Fujifilm cameras, though still not up to par with Canon and Sony. It generally tracked subjects well, but could occasionally lose focus. While bird and animal tracking tended to be erratic, eye and face tracking was reliable.

Rolling shutter for video is more of an issue on the X-H2 than the X-H2s due to the lack of a stacked sensor. It’s especially pronounced with full shutter readouts at 8K, 6.2K and 4K HQ. You’ll want to be careful to avoid fast pans, and you’ll see a fair amount of skew when shooting objects that move rapidly across the frame. Still, it’s not actually not nearly as bad as I expected, and far better than on Sony’s A6600 and other APS-C cameras.

Overheating can be an issue at 8K with the X-H2, though Fujifilm hasn’t said exactly how long you can shoot at that resolution. If you’re planning to do that, though, you can buy a small fan that screws to the back to allow 8K filming for extended periods.

Finally, as with most cameras, the in-body stabilization is really only good for stationary handheld video. Video can jolt while vlogging or doing other rapid actions, even with the electronic assist turned on.

After testing both of Fujifilm’s latest cameras, I think the X-H2 is a better option for most people simply because it’s a better value. While not as fast as the X-H2S, it offers an ideal balance between image quality and speed. And for video, it’s better if you need the highest resolution and sharpest video possible.

Still, it’s a better video camera than either the A7 IV, EOS R6 and X-T5, thanks to the 8K, RAW output, fully-articulating screen and more. And with Fujifilm’s deep lens lineup that’s considerably cheaper than full-frame glass, the X-H2 will likely cost you less than any full-frame camera in the long run.