The Boss and Roland line of SP samplers (specifically the SP-303 and SP-404) are some of the most important instruments in hip hop history. Right up there with the MPC and the Technics SL-1200. They’ve been used by the likes of MF Doom, Madlib and J Dilla, and are a favorite among lo-fi hip hop artists everywhere. They’ve also been used by plenty of other musicians like Panda Bear, Four Tet, Oneohtrix Point Never and even Radiohead. But, the original SP-404 was released in 2005. And even though it was succeeded by the 404SX and the 404A, those were extremely minor updates that did things like switch from the aging and slow CF Card format to SD. The new SP-404MKII, though, finally updates the classic sampler for the modern age without sacrificing what made the OG so alluring.

Physically, the 404MKII is very similar to past versions of the 404. There are four knobs across the top; a circular window below them, flanked by six effects buttons; and pads on the bottom for triggering samples. The MKII does look better than the A, at least. The 404A was designed to fit in with the rest of Roland’s AIRA line — that means stark black accented with garish red and green. It’s… a look. But not one that everyone (myself included) can get behind. The new version is a much more subdued gray and black, with white and muted orange accents.

Beyond pure aesthetics, though, there are some huge upgrades in the MKII. The two most obvious differences are the detailed OLED screen that has replaced the old-school seven-segment LEDs, and the move from a 12-pad layout to a 16-pad one.

The screen represents the biggest change to the SP experience. Editing samples on an OG 404 could be painful. The three-digit LEDs gave you only generic start and end points, and because of the high resolution needed to create perfect loops, the range was very small. That would lead to having to crop a sample multiple times to take off all the excess. The OLED on the SP-404MKII is high enough resolution to show the actual waveform as it’s being edited. You can zoom in and out as needed to crop as little or as much as you want. I would go as far as to say that recording and editing samples on the MKII is not only easier, but actually kinda fun.

The 16 pads give you access to more samples and patterns to construct your beats out of. Also, the four-by-four grid has become something of a standard. It’s the layout used by Akai on the MPC, on Pioneer’s DJ gear, on the Native Instruments Maschine, Ableton’s Drum Rack and even some of the larger members of the SP family like the 808 and the 606.

There are other more subtle changes as well. For one, those 16 pads on the front are all velocity sensitive, a first for the SP line. That said, it’s almost impossible to get full velocity out of them without just turning on fixed velocity. Some finger drummers especially may prefer to turn fixed velocity on to keep melodic and percussion elements consistently mixed, but it can also leave things sounding a bit robotic and unnatural. Just something to keep in mind.

Roland added MIDI out to the back of the SP-404MKII as well. The previous versions had MIDI IN only. Now the 404 can be used to sequence external gear, or even be hooked up to a PC to control your DAW via USB-C. That makes the 16-pad layout even more important, because it’ll map better to whatever you’re connecting it to most likely. Oh. and that USB port can also be used to stream audio to your PC.

This also marks the first time that Roland has ditched RCA in favor of ¼-inch jacks for the audio ins and outs on an SP. Now, this is a net positive but there is a down side. Often an SP is being used to sample directly from vinyl and most turntables use RCA. That means there will be an intermediary step to getting loops from a record to the 404. But, it does make it easier to sample directly from an instrument. Synths, drum machines, guitars and basses all generally use ¼-inch plugs. And, since the ins and outs on the MKII are balanced, it should be less susceptible to noise and interference. 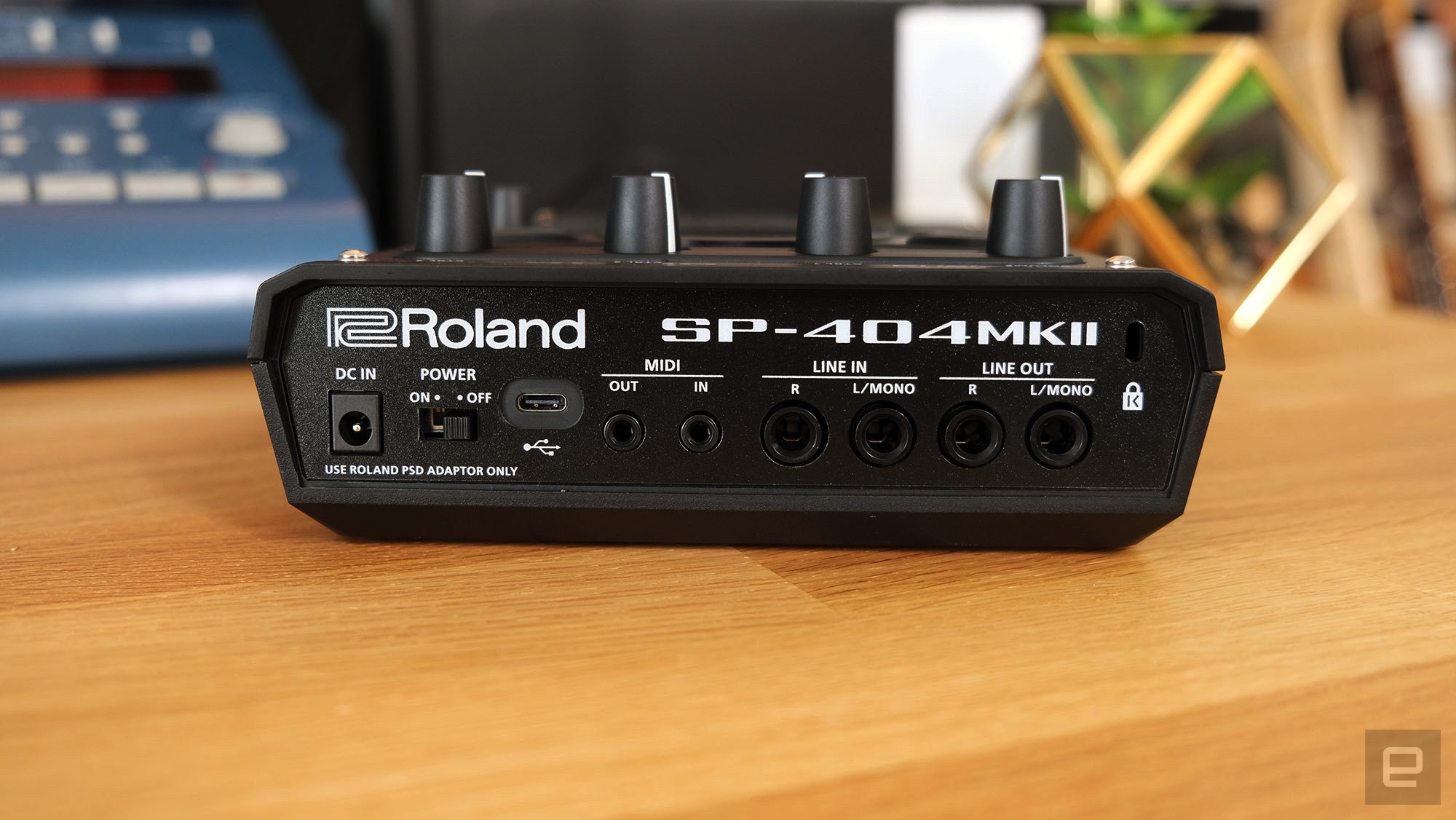 In addition to the ins and outs around back, there’s a pair of headphone jacks on the front (one ⅛-inch, and one ¼-inch) and a ¼-inch audio input. That jack is switchable from mic to “guitar” or instrument level signals. You can feed audio through the SP-404MKII live so you can use it as a submixer and jam or sing along to your creations. And there are a host of input effects tailored specifically for that application. There’s a pretty decent guitar amp sim that covers everything from clean funk to thrash metal, an auto pitch correction effect, and a vocoder. For the latter, you can connect a MIDI keyboard to play chords and melodies.

In general, the MKII offers a lot more in the effects department than past models. In addition to the input effects, there’s a pair of bus effects. You can apply one, both or neither to each pad. Put a compressor on your drums, EQ on your bass and both on your rhodes if you want. And there are a pair of background effects, too.

If you dive into the settings you’ll find Bus 3 and 4 where you can apply master effects. In that same menu is where you can also customize the “direct” effects that are assigned to the six buttons around the display. So, for example, if you don’t like or use the resonator, you can swap in the new cassette simulator, which is what I did. (Though the button will continue to be labeled “resonator” no matter what you do.)

The selection of effects is pretty large, too, and it definitely leans into the lo-fi vibe that SP users are generally looking for. In addition to the new cassette simulator (which has a cute, but questionably useful catch feature that simulates the tape getting stuck momentarily), there’s also a lo-fi effect, a bit crusher and the vinyl simulator from both the 303 and the 404. Many SP users swear by the 303 simulator, and I can’t say I blame them. The 404 version is just a bit too extreme and the noise is too constant and frankly kind of annoying even at low levels. The 303 version, however, is amazing.

If there’s one complaint I have about the effects, it’s that none of them are really subtle. The filter + drive, for example, is great and one of the many things people make heavy use of on the 404, but the drive is intense. Even on one it makes a huge difference in the sound of a loop. And by 10 it’s already introducing ringing feedback. By 100 it’s just noise. (Not that that’s necessarily a bad thing.)

One of the things that people really like to use those effects for is resampling beats and even mixing down full tracks to individual pads. (That’s how strong the appeal of the 303 vinyl sim and compressor are.) You can even use the MKII’s new DJ mode to blend between two beats while applying those effects. That said, I haven’t really put this through its paces. 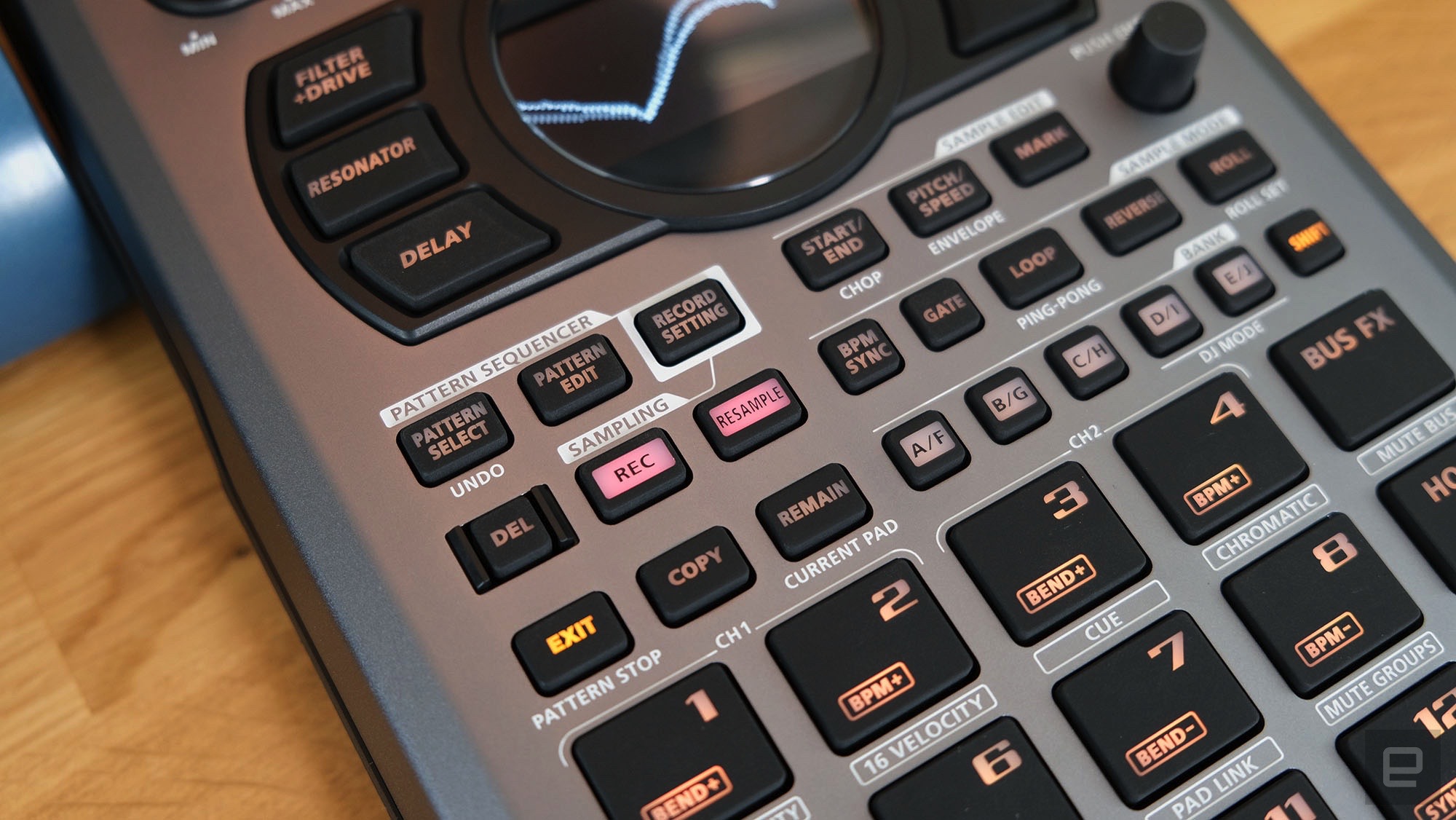 Resampling is also incredibly easy. For one, there’s a clearly labeled resample button, which the original 404 had as well, so it was never particularly unintuitive. But there’s also now a Skip Back feature (though, you have to assign the subpad to in the utility menu), which recalls the last 25 seconds of audio performed either on the device or from the inputs and saves it to a pad. This is great for capturing live performance and moments of inadvertent genius.

And you can capture those moments anywhere you want basically. While the 404 isn’t exactly the smallest device in the world, it fits in a bag easily enough. And you can still power it with six AA batteries like previous models. And just like the previous versions the SP-404MKII is affordable. In fact, Roland cut the price by $50 so a brand new SP will only set you back $500 when it goes on sale in November.

That makes it a perfectly reasonable purchase for a first-time producer or someone looking to dabble in sampling. The Novation Circuit Rhythm is $100 cheaper, but I think the effects on the SP are better and the screen makes for a much more pleasant chopping experience. Honestly, the screen alone is probably worth the extra hundred bucks.

There are even more affordable options like the Elektron Model:Samples, but you can’t actually record and edit samples on that, only play them back. And there are no standalone MPCs in this price range. The $799 MPC One is the cheapest member of the family, but it’s also a lot more complex than all these other devices; it’s closer to a DAW in a box than a sampler.

One thing those all have over the SP, though, is a step sequencer. That probably isn’t a huge deal to most people already eyeing a 404. But it’s something to keep in mind if rhythm isn’t your strong suit. 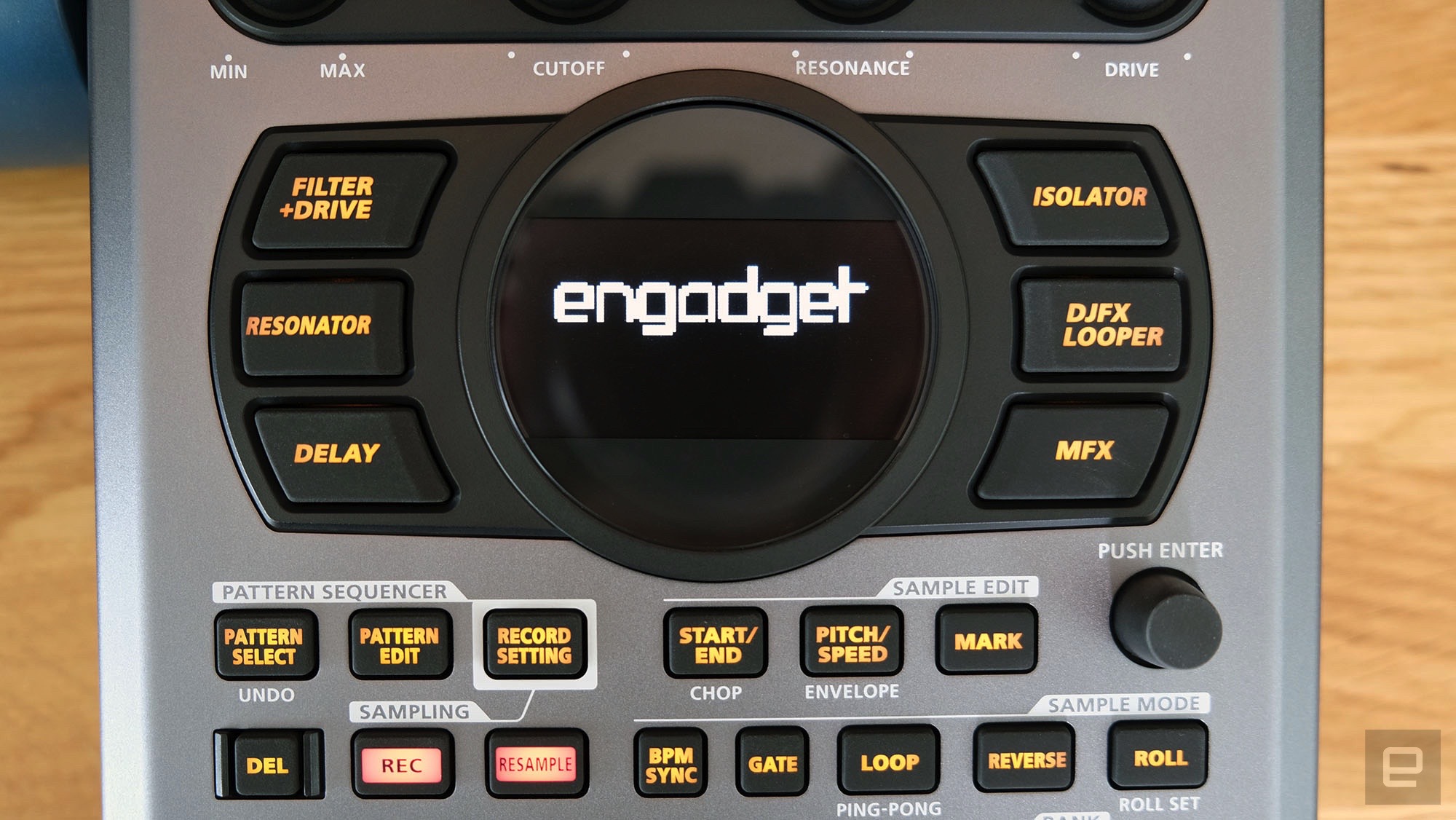 Considering that I’ve had it for less than a week and this is my first time using an SP device, I’m hesitant to call this a proper review and slap a score on it. But the SP-404MKII is undeniably fun to use and it’s quickly becoming my favorite entry-level sampler.