‘The Callisto Protocol’ didn’t scare me, it just made me mad

The Callisto Protocol is beautiful. Please keep this fact in mind while consuming the numerous criticisms that follow in this review. When I mention how imprecise the mechanics are during horde combat, know that the ensuing death screens are pristine. As I talk about my protagonist stalling at the base of a short wall while I frantically mash the vault button, remember that the festering wounds of the monster that rips off my head are juicy and gorgeously rendered. While I try and fail to swap weapons or dodge, remember, through all of this frustration, The Callisto Protocol is stunning on PlayStation 5. Unfortunately, it’s just not a great video game.

I had high hopes for The Callisto Protocol. I played an hour-long preview a few months ago, and I walked away with stars in my eyes and visions of blood-soaked mutants dancing through my head. The portion that I tried was horrific, mechanically satisfying and gorgeous, and it laid the foundation for an expansive world of familiar sci-fi terror. The Callisto Protocol comes from Striking Distance Studios and Dead Space co-creator Glen Schofield, and it shares DNA with that classic horror hit, including its lack of a HUD, the stomping and gravity-controlling abilities, and a de-emphasis on headshots overall.

Despite these touchstones, Callisto doesn’t feel like Dead Space for long. It eventually introduces a snowy alien world and a massive mining operation, but the first third of the game is the most familiar: tight metal corridors dotted with debris and dead bodies, sparking wires, malfunctioning security systems and vents where mutated creatures can hide. This section is set in Black Iron, a prison colony on Jupiter’s moon that’s run by an evil organization with grand plans for the future of humanity. A mysterious plague has swept through the prison, transforming inmates and guards into violent monsters, and smothering some areas in fleshy alien goo.

This is the section I played in preview and it’s easily the best part of the game. The Callisto Protocol steadily introduces enemies, abilities, weapons and beautiful, mazelike environments – until, eventually, the game collapses under the weight of its own mechanics.

Dodging is a core aspect of Callisto, and this is the move that disappointed me most clearly and most often. There’s no dodge button; you hold left or right before an enemy hits you, and then hold the opposite direction if there’s another attack incoming. It’s a simple back-and-forth mechanic, but it’s inconsistent, especially when surrounded by multiple enemies. Dodges just don’t land sometimes, even when the animation goes through. This is incredibly frustrating when most bosses kill you in one hit. It’s not only dodging, either: Vaulting over short walls doesn’t always work on the first tap, and this seems to be an issue with an overly sensitive camera.

Other basic mechanics, like melee attacks, firing a gun or swapping weapons, are often too sluggish to be effective, or they simply don’t happen, or their timing is variable for no discernable reason at all. This isn’t every time, but it’s enough to destroy the rhythm of the game. Callisto quickly abandons its sci-fi horror foundation and tries to become an action experience with horde rushes and boss fights against overly powerful enemies, but imprecise mechanics drag the whole thing down. 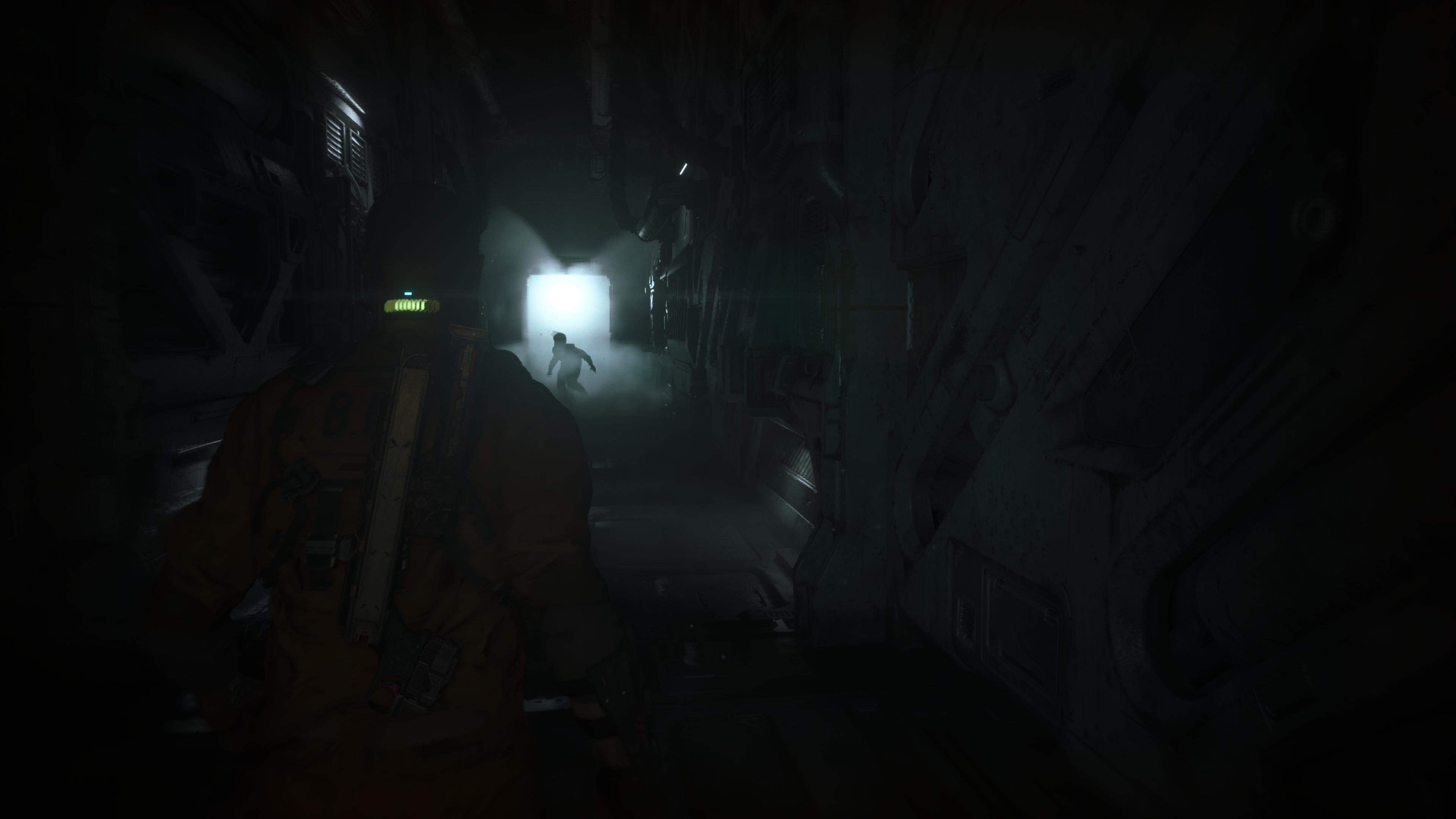 The first weapon players get is an electro-charged baton. Striking Distance has been clear that Callisto is supposed to be a melee-heavy experience, with “about half” of its combat based on baton-swinging, though there’s just one such weapon in the game. The baton is upgradable, as are the five guns that the protagonist picks up over time. There’s also the GRP glove, which unlocks telekinesis abilities. The GRP ability is exceedingly useful (and fun!), allowing players to throw projectiles and lob enemies into environmental hazards like fans, spike walls and rotating motors, securing an instant kill in the process. However, the gravity glove doesn’t have a ton of battery and it recharges slowly, even when maxed out at the upgrade station. There are also some enemies that simply can’t be picked up with this ability, and the only way to discern which is to give it a try during a fight.

Now, if five guns sounds like a lot for a game that’s designed to emphasize close-combat melee, that’s because it is. I have myriad issues with Callisto’s gun-management system, starting with the fact that there are too many firearms in the first place. The game’s main battle mechanic revolves around securing melee combos until a reticle locks onto the enemy, allowing players to get in a few quick shots with a gun. At least, that’s the idea. In practice, the reticle system is inconsistent, at times lingering on an enemy and other times disappearing in a flash, offering no time to actually shoot. This combo simply doesn’t feel powerful, even when the extra shots actually connect.

There’s also no quick way to see how much ammo your weapon has before shooting – there’s no HUD in this game, so no persistent ammo or loadout indicators – and swapping among weapons is enraging. Pressing left on the D-pad transitions between two guns only, so even if you have five weapons in your inventory, you won’t find them no matter how many times you spam the swap button. Pressing right pulls up a mini gun menu with your full arsenal, but this is difficult to parse. Small handguns can only be swapped for small handguns, and large for large, though there’s no clear distinction between the two types in the pop-up menu. It’s difficult to manage this system in moments of quiet, and nearly impossible in the middle of combat. Too often I found myself smashing the left button, uselessly swapping between two guns with zero ammo and frustrated that I couldn’t access my additional weapons.

In the middle of fights with multiple enemies, the reticle and ammo guessing game is often lethal, and it’s an exceedingly annoying way to die.

Maybe this is all by design. Maybe by making the gun system annoying as hell, developers thought it would drive players to rely on melee moves. But then why make shooting a core part of the melee experience, and why offer so many damn guns, each with a unique ammo type? An unreliable lock-on system actively discourages close-quarters fighting, there are ammo drops all over the place, and there’s nothing to indicate when a basic melee attack is actually the most powerful move in your arsenal. Not to mention, dodging is dodgy as hell. This turns some boss and horde battles into frustrating, drawn-out sequences with dozens of death screens, until you randomly use a basic melee attack at the right moment and the fight starts progressing at speed.

In the end, it feels like the game provides resources it doesn’t actually want you to use, and then punishes you for using them. Melee combat isn’t smooth or powerful enough to emerge as the obvious solution in any situation. Striking Distance may have been clear that Callisto is a melee experience, but the game itself does not.

The main ideas here could have worked, if only there were a hint of on-screen feedback. Callisto doesn’t have a HUD – just like Dead Space – and it eschews common video game features like glowing weak points (at least until the literal last fight) and persistent on-screen text. This is ostensibly with the goal of creating an immersive experience, but instead the lack of information pulled me out of the flow more than anything else. My tip is to max out the GRP glove and focus on environmental kills – and when in doubt, try a basic melee attack. 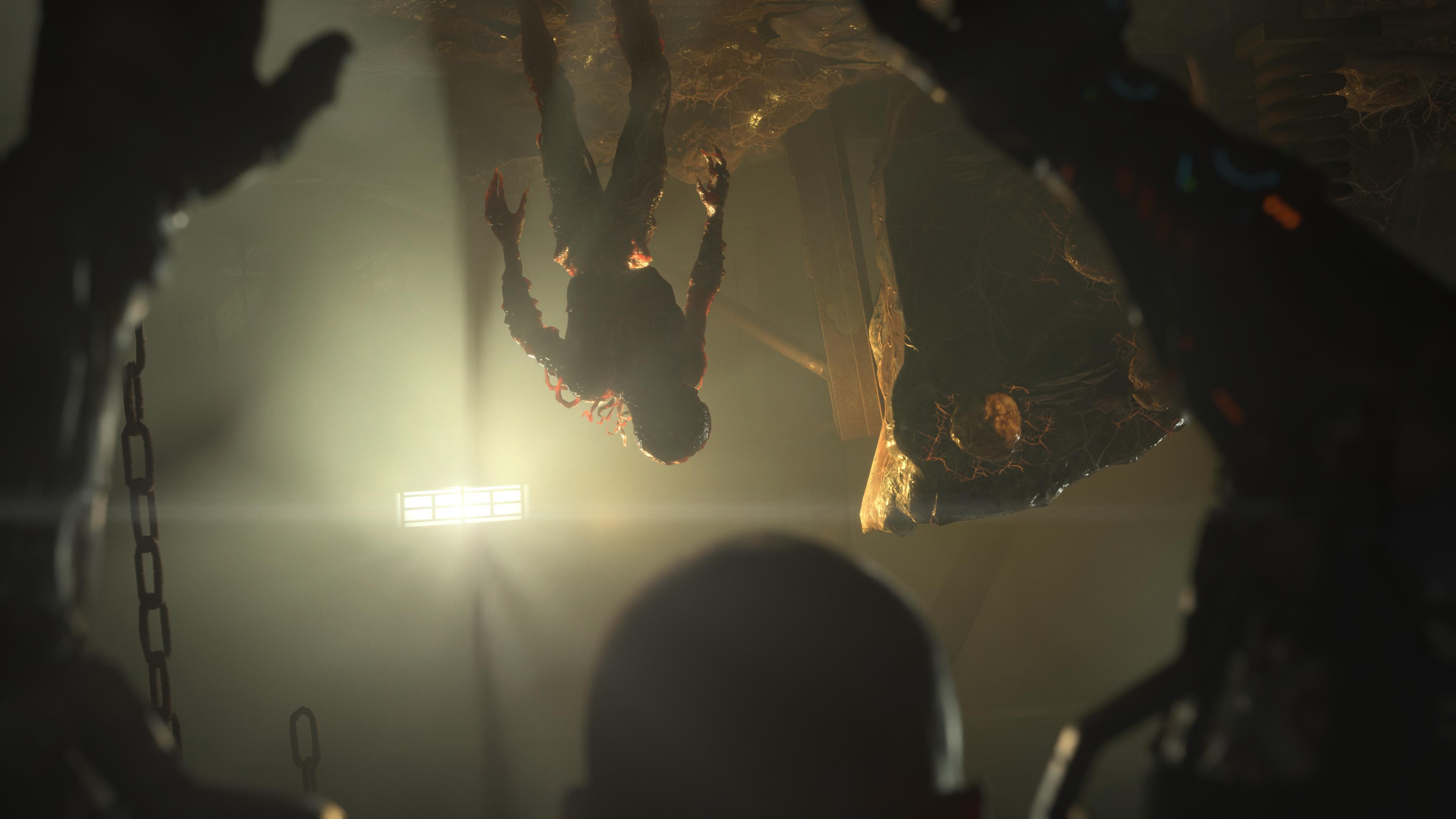 The biggest tragedy of The Callisto Protocol is the fact that it’s just not scary. There are some deliciously gruesome death scenes and moments of high tension – I particularly enjoyed the stealth moments – but these are overshadowed by rage-inducing gameplay issues. Its story beats are generic and so is the protagonist (played by Josh Duhamel), while the setting feels like a 1980s Hollywood vision of sci-fi dystopia, with a splash of Resident Evil’s monster design and The Last of Us’ clicky audio cues. This isn’t to say that generic ideas are automatically bad: All of these references could have easily coalesced into an engaging, even scary, game – if only the actual mechanics were functional.

But please, remember: The Callisto Protocol is beautiful. I emerged from multiple annoying boss fights frustrated and filled with ick, only to step into the next environment and go, “Wow, that’s pretty.” It’s just not that scary – or enjoyable.