Aside from whether The Last of Us Part I is worth the $70 asking price, the question surrounding this remake is how much the original 2013 game was going to change. Would developer Naughty Dog treat this as a total do-over, changing the level design, gameplay mechanics and player upgrades? It has become obvious over the last few weeks, as Sony released a handful of preview videos ahead of today’s release, that that wouldn’t be the case. Instead, the goal was to bring massively updated visuals and a host of quality-of-life improvements to a game that would otherwise stay true to its roots.

“This is a unique project for Naughty Dog. It’s the first time we’ve taken on a full remake,” said creative director Shaun Escayg in an interview. “We knew that we wanted to stay true to the original game as closely as possible, [to] add what we think will heighten and enhance the experience but not fundamentally change the experience.” That mindset permeates the game, from everything you can see in the environment down to the battles against both humans and the Infected.

“We didn’t feel like these combat encounters were dated and there wasn’t really anything we were looking at saying ‘we want a do-over here,’” added game director Matthew Gallant. “We love the combat in The Last of Us. We think those spaces are really iconic: They’re really strong, they afford a ton of different options for moving around and fighting. What often was dated was perhaps the technology underlying some of these fights.”

Gallant, who was a combat designer on the original The Last of Us, says the game could only handle eight AI “brains” at any given time, despite fights that often had more enemies than that. This meant that they had to reactivate and deactivate those brains based on where the character was and what they were doing. Similarly, he described a lot of the battles in the original game as “hand scripted.” “You move here, they react by doing this; that was just the level of technology that we had at the time and it was what made sense, and we got pretty good results,” he said. “Those are really great fights, and they hold up really well. But with our latest engine technology we can be a lot more flexible.”

The new AI, unsurprisingly, is far more advanced. “We have the option to use information in the [level] layout to tell enemies ‘this is a strong position to defend, this is a good flanking route, this is a good line of sight to other enemies, and there’s an encounter manager layer that’s assigning NPCs to roles within the fight,” Gallant said. “Who would be the best flanker right now, who would be the best person to defend this point, who should be pushing up on the player right now?” In my experience so far, the end result is a game that’s far less predictable than the original – if you get caught out of stealth, enemies advance quickly and mercilessly, especially on harder difficulty levels. “You should be able to play a fight ten different ways and get ten different results,” he added.

Another big question around combat was why Naughty Dog didn’t add some of the new mechanics it built in The Last of Us Part II from 2020. In that game, players control Ellie and Abby, both of whom can lie on the ground to hide in grass or crawl under vehicles for cover. They can also dodge, a feature that added a whole new dimension to fights, giving you an out when a Clicker or Bloater is bearing down on you for a one-hit instant kill.

According to Gallant, the ripple effects of adding dodge to the original game would have been too significant. “Dodge isn’t something that lives in a vacuum,” he said. “You have to add tells to the enemy attacks, and now the enemies are going to be attacking differently. You also may need to change the encounter spaces; you need to give a little more room to have that dodge gameplay.” Beyond that, adding dodge would diminish the tension that Naughty Dog tried to infuse in the game’s battles.

“If you have dodge, you kind of have an out. Then all of a sudden, a fight that was very claustrophobic and tense and nerve-wracking – this thing’s bearing down on you and you have to land that headshot to kill it – you get a very different sensation if you have dodge,” Gallant said.

But most importantly, according to Gallant, playing as Joel fundamentally needs to feel different than playing as Ellie, and just porting over her moves would diminish those differences. “The way Joel plays tells you a lot about his character,” he said. “He is a bruiser, he’s a brawler, he’s an older man. The way that he fights is supposed to feel very different than the way Ellie fights in The Last of Us Part II. She’s a younger woman, she’s nimble, she has a whole skill set that’s very different.” Fans can continue to argue about whether Naughty Dog should have gone further with the changes it made to gameplay, but it’s also reasonable that they want to keep the characters in Part I distinct from those in Part II.

While it might take players some time to recognize the extent of the AI updates, the graphical improvements are immediately obvious. For me, the most striking change is the facial animations, but the extent to which Naughty Dog went in and looked at every aspect of a scene to improve it is equally impressive. For example, as Joel and Ellie make their way through the suburbs of Pittsburgh with new companions Henry and his teenage brother Sam, Ellie and Sam take a break on a couch in a ruined house. From looking back at old screenshots, I saw that the couch was totally redesigned. Why not just use the original couch design?

“We’re trying to update everything with the decade of artistic development and improvement in technology since the PlayStation 3,” Escayg explained. “Is this the most grounded-looking couch? Can it stand up in this environment? How does it wear and tear over time? How does it work with the lighting and the time of day in that setting? Does it actually focus your attention on Sam and Ellie, or does it detract?”

Gallant says that a lot of the re-evaluation that Naughty Dog did focused on why it designed sections of the game the way they did a decade ago. “This area is plain — is it plain because we want you to kind of move through it and it’s meant to be unremarkable, or is it plain because we were low on memory on the PlayStation 3 and this was kind of a transition area from one detailed area to a next one?”

Naughty Dog did make one major addition that will fundamentally change how The Last of Us Part I plays. There are now myriad accessibility options, none of which were present in either the PS3 game or the PS4 remaster. The feature set includes everything the developer put into Part II in 2020, along with a few new additions. Despite the fact that the game wasn’t originally designed with accessibility in mind, Gallant says that it was relatively straightforward to bring these features over – though some of the more unique scenes in the game were tougher to account for.

“One example is the arcade mini-game in Left Behind,” Gallant said. The mini-game in question requires you to make a specific series of directional and button presses in a limited amount of time, like you do in Street Fighter II or Mortal Kombat. “We needed to design our text-to-speech there to tell you the instructions of what buttons to put in very quickly so you have time to put in the inputs. We worked with accessibility consultants and they tried some various revisions of that mini game. We did a couple rounds there to make sure that experience was accessible.”

The PS5’s DualSense controller and its extensive haptics system opened up one of those new accessibility options, dialog haptics. “This is a feature where we play the spoken dialog as vibrations on the controller,” Gallant explained, “and the intent there is to give deaf players a sense of how the line was delivered. Where was the emphasis, what was the cadence? And that along with the subtitles provides more of that story context and the performance to deaf players as well.” 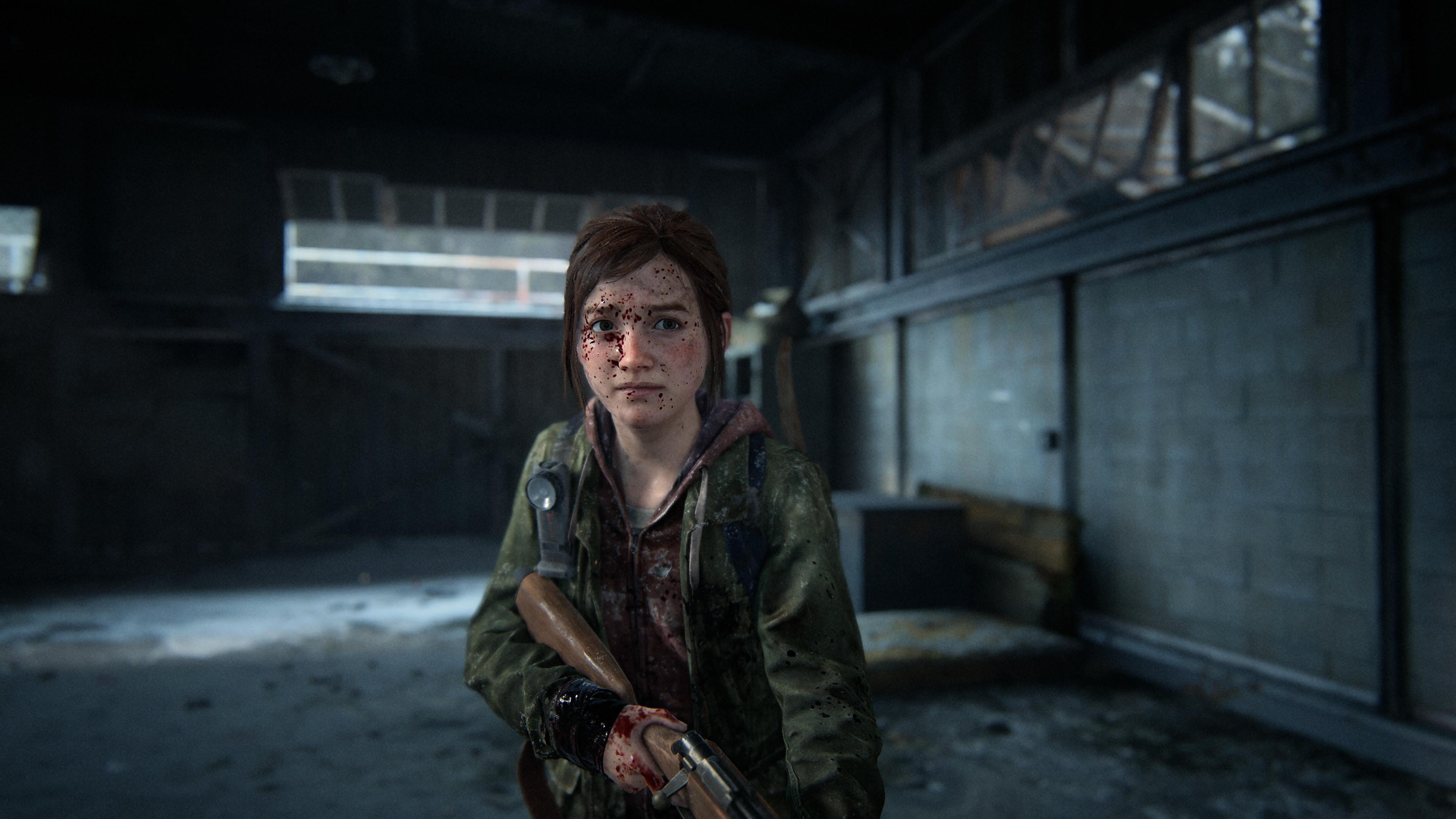 While people will still continue to argue about whether The Last of Us Part I is worth $70, my conversation with Escayg and Gallant made it clear that Naughty Dog doesn’t believe things like the level design and core gameplay needed an overhaul. “We wanted anything we changed, anything we remade, anything that we adjusted to be in service of the original vision that was larger than what the hardware was capable of,” Gallant said. For better or worse, Naughty Dog’s mission was to make a version of The Last of Us that is, as Gallant puts it, “the best version of itself.”