There are worse movies than Uncharted, especially when it comes to the seemingly cursed genre of video game adaptations. But as I struggled to stay awake through the finale — yet another weightless action sequence where our heroes quip, defy physics and never feel like they’re in any genuine danger — I couldn’t help but wonder why the film was so aggressively average.

The PlayStation franchise started out as a Tomb Raider clone starring a dude who wasn’t Indiana Jones. But, starting with Uncharted 2: Among Thieves, the games tapped into the language of action movies to put you in the center of innovative set pieces. They were cinematic in ways that few titles were in the early 2010s. But going in the opposite direction — bringing aspects of those games into a movie — doesn’t work nearly as well.

Director Ruben Fleischer (Zombieland, Venom), along with screenwriters Rafe Lee Judkins, Art Marcum and Matt Holloway, have crafted an origin story for the treasure hunter Nathan Drake (Tom Holland). It hits the notes you’re expecting — his childhood as an orphan, his first team-up with his partner Victor “Sully” Sullivan (Mark Wahlberg), and a globe-trotting treasure hunt that defies logic — but it’s all just a Cliff’s Notes version of what we’ve seen in the games. And for a franchise that was already a watered-down version of Indiana Jones, a movie adaptation just highlights all of its inherent flaws. Watching Uncharted made me long for the basic pleasures of Nicholas Cage’s National Treasure – at least that Indy clone had personality.

Even the iconic action scenes don’t hit as hard. The film opens mid free-fall, as Drake realizes he just fell out of a plane. Discerning viewers will instantly recognize the sequence from Uncharted 3. We watch as he hops across falling cargo (and wonder if that’s even possible while everything is falling), but the entire scene feels like Tom Holland is going on the world’s most extreme Disney World ride. Without the rumble of the Dualshock 3 controller in my hand, and my responsibility over Drake’s impending death, there just aren’t any stakes. It’s particularly unexciting compared to what we’ve seen in the recent Mission Impossible movies. Tom Cruise (and skydiving camera man Craig O’Brien) jumped out of an actual plane several times for our entertainment!

Still, it’s somewhat surprising that this adaptation exists at all. Sony has been trying to develop an Uncharted film since 2008, starting with a loftier iteration by arthouse auteur David O. Russell. That version was going to star Wahlberg as an older Nathan Drake, as we see him in the games, and focus on the idea of family. But the project ended up changing hands several times over the last decade. By the time it was actually gearing up for production in 2020, Wahlberg had aged out of the starring role and into the older sidekick spot. (Sorry, Super Cool Mack Daddy, it happens to all of us.)

After we’ve seen so many video game films completely miss the mark, like Resident Evil: Welcome to Racoon City and Assassin’s Creed, I’m starting to wonder if there’s some sort of secret to making a good adaptation. Different audiences want different things, after all. Game fans typically want to see the characters and sequences they love so much legitimized on film. Discerning movie geeks may be comparing adaptations to other, usually better, films. And studio executives just want existing intellectual property that they can churn out to an undiscerning public. 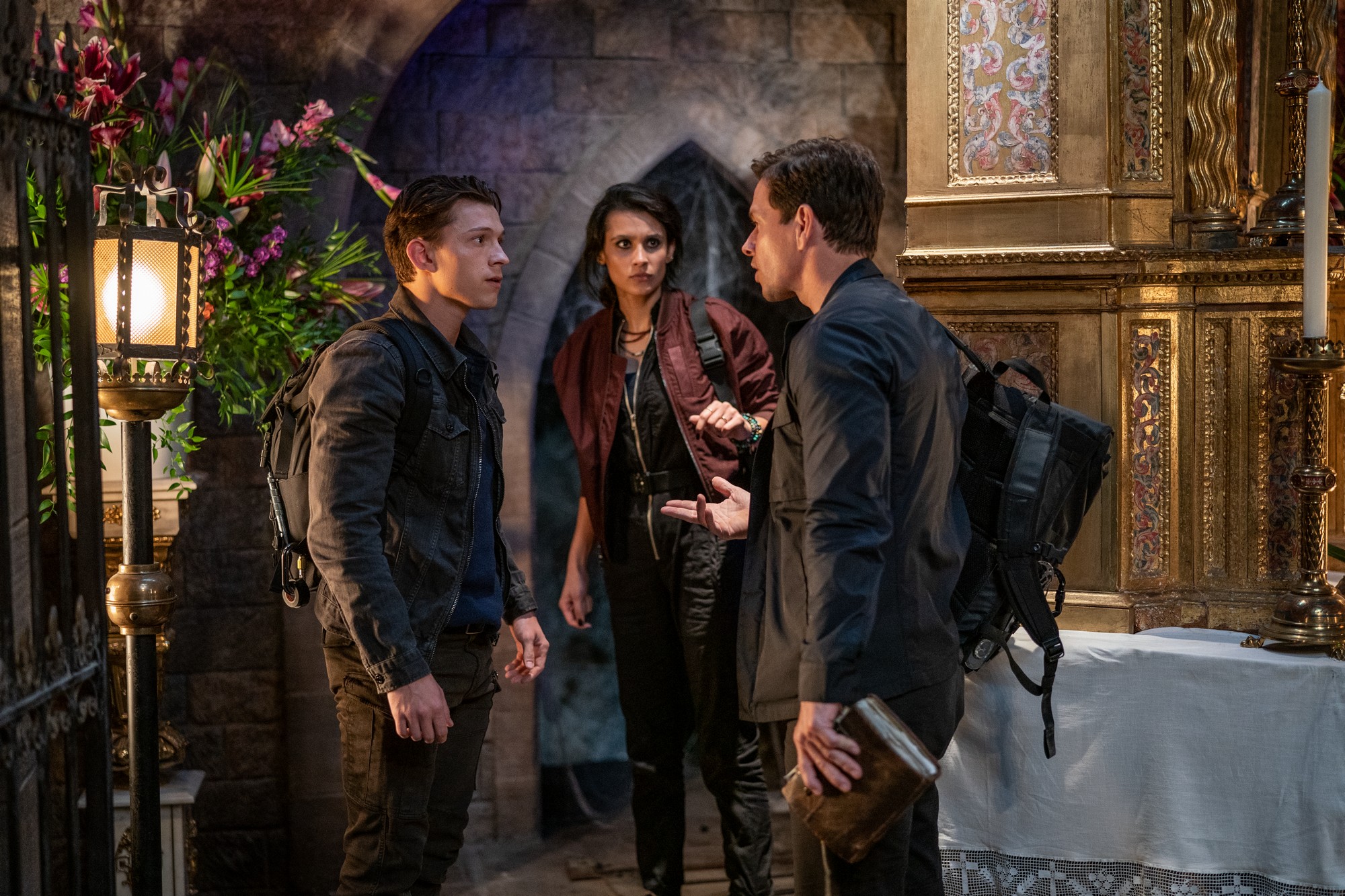 There are a handful of memorable video game films, but they mostly seem like flukes. The original Mortal Kombat was iconic because of its killer soundtrack and (at the time) cutting-edge special effects. Werewolves Within doesn’t have much to do with the VR title it’s based on, aside from its name. And Sonic the Hedgehog was a blast, but that was mostly due to its lead performances.

As an avid gamer and cinephile, I’ll never give up on hoping for successful adaptations. But it could just be that the two mediums are a bit incompatible. A film can never capture the interactive magic and freedom you get from a game. And when you’re playing something, heavy-handed cut scenes and direction can often take you out of the experience (unless you’re Hideo Kojima, in which case gamers will argue it’s all a work of genius).

With its cinematic roots, Uncharted had a better shot at a decent adaptation than most games. It’s just a shame that, for a series that’s about exploring new lands and discovering forgotten treasure, it offers nothing new.